Get the Inside Scoop on a Machine's Operating System

Banner grabbing through page extension: Looking through the page extension in the URL may help in determining the application information. for example .aspx is used by IIS server and windows platform

It is critical to understand the operating system running on the target machine in order to exploit it. Nmap is one of the tools used for operating system discovery. Nmap starts by scanning the target machine’s ports, to check whether the ports are open or closed. Nmap then transmits TCP and UDP packets to a remote target and analyses the responses. If there is a match, Nmap compares its Nmap-os-DB database and displays the OS details.

Note: To perform TCP/IP fingerprinting for OS scans, Nmap requires administrative privileges. If the target host does not have at least one open and one closed port, the Nmap OS Scan results may not be accurate.

The Nmap script engine allows users to build and publish scripts to automate various networking activities. To perform OS discovery, security professionals and attackers use a variety of scripts. For example, smb-os-discovery is a built-in script that can be used to gather OS information over the SMB protocol. The -sc flag can be used to run Nmap script engines(NSE). --script command can be used run customs scripts. 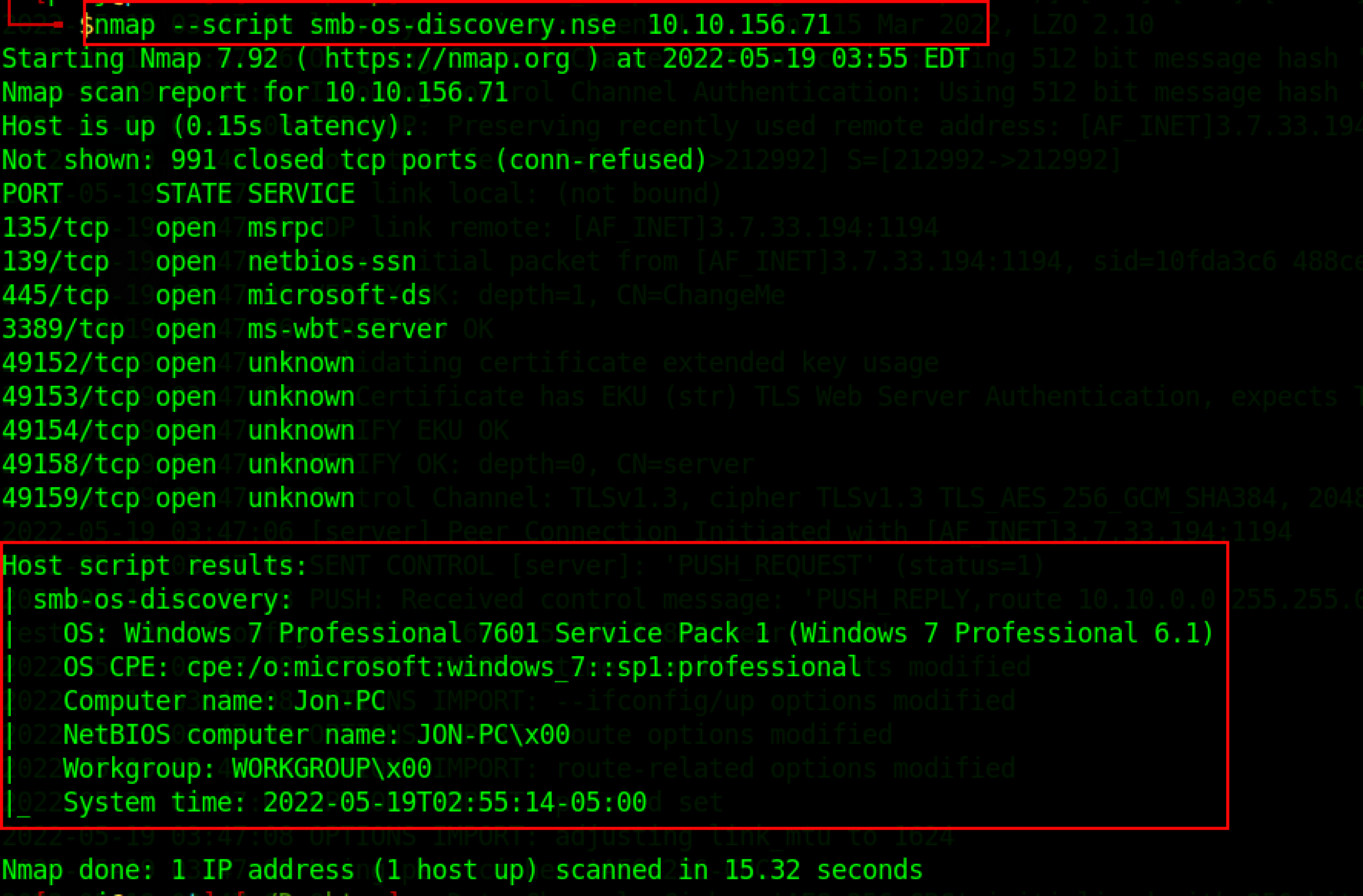 When the port is open, it indicates that the service/banner is active on it. When an attacker uses banner-grabbing techniques to connect to an open port, the system displays sensitive information like as the operating system, server type, and version. The prevention measures of banner grabbing are as follows: