A gentle introduction to digital forensics on Linux

Have you watched movies where skilled cyber operators have black windows open in their computers, with coloured text scrolling through? They type some content in the black screens and magical stuff happens. Have you wondered how they go about doing all that? What applications may they be using? All those tasks can be performed on Windows, Linux-based and Mac operating systems. For now, let us focus on the Linux-based ones. This blog post introduces some basic concepts about Linux-based computers and discusses how Linux proves useful in the DFIR domain.

Take any piece of hardware – your computer. Physically, the device would have a motherboard, RAM, Wi-Fi card, Bluetooth module, etc. All the modules are useful only when a software program knows how to use them. A middle-person is required between the physical hardware and the software. This middle person is the kernel, which is actually a piece of software that perform two major tasks:

Think about the kernel as the moderator – you want to turn on Wi-Fi on your computer. You would simply click the menu option to turn on Wi-Fi. Internally, the kernel instructs the relevant hardware module to power up and start working. Every operating system has a kernel. We cannot see it, but it exists on the hard disk. One type of kernel is the Linux kernel, which was developed in the early 90s.

What are some examples of Linux-based Operating Systems?

Here are some examples of Linux-based operating systems:

Here is an analogy to break it down for you. 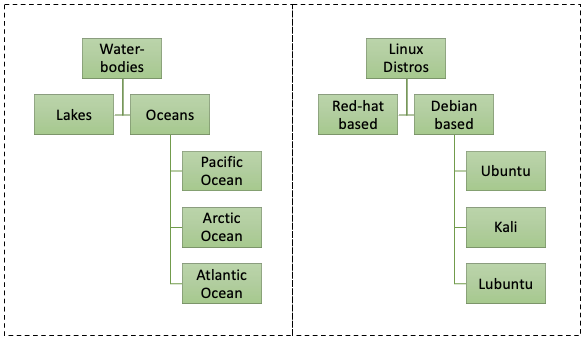 SUSE, Red-Hat and Arch are simply generic names assigned to the distribution type, depending on the group that created it. All of operating systems mentioned above: Ubuntu, Arch Linux, Fedora, etc. use the Linux kernel. Some people refer to Ubuntu, Kali, Fedora, etc. as Linux OS, Linux systems or simply Linux.

How will knowing Linux benefit a DFIR professional?

Most of us are used to working on Windows computers - Creating files and folders, creating documents, running applications, etc. Record of every activity performed on a Windows computer can be found in prefetch files, shellbags, event logs, file system journal, etc. These records pose as solid evidence during a forensic investigation. In the same way, whenever any of the Linux distributions are used, records of user activity can be found in various locations. Knowing which those locations are, will help a forensic examiner acquire evidence as soon as possible.

When an incident occurs involving Linux-based servers or IoT devices or systems in the cloud, a DFIR professional with the skills to operate Linux systems and perform Linux forensics can assist in recovering from the incident quickly.

Also, Linux-based distros provide a number of command-line and GUI tools to assist with processing forensic evidence. There are even special distros like DEFT and Caine, specially designed to assist in forensic investigations.

Now you know what Linux is, what Linux-based distros are and how they are beneficial for DFIR. The next step is to acquire skills. Here is a list of steps you can take to improve your Linux skills.

Once you are familiar with how a Linux OS works, you can begin acquiring skills to perform Linux Forensics.