One way an attacker can obtain a better understanding of a network and its security posture is by scanning its file transfer services, this data can then be used to detect security vulnerabilities. Common protocols such as SMB (server message block), FTP (file transfer protocol), and telnet are commonly seen when performing penetration testing.

The SMB protocol is a network file sharing protocol that allows computers to share access to files, directories, and printers. SMB operates directly on TCP port 445 by default, or via the NetBIOS API on UDP ports 137 and 138, and TCP ports 137 and 139. SMB is an important component of the Windows operating system and is widely used in Windows-based networks. SMB is also compatible with Linux and other Unix-based operating systems.

SMB also enables application users to access, write, and modify files on the remote server. A network that is running this service is extremely vulnerable to SMB enumeration, which provides a great deal of information about the target.

In general, Attackers usually perform banner grabbing to gather information such as OS details and version and service running. Using this information attackers can perform attacks such as brute force attacks and SMB relay attacks. Attackers use tools like Nmap, enum4linux, and nulinux to perform SMB enumeration. 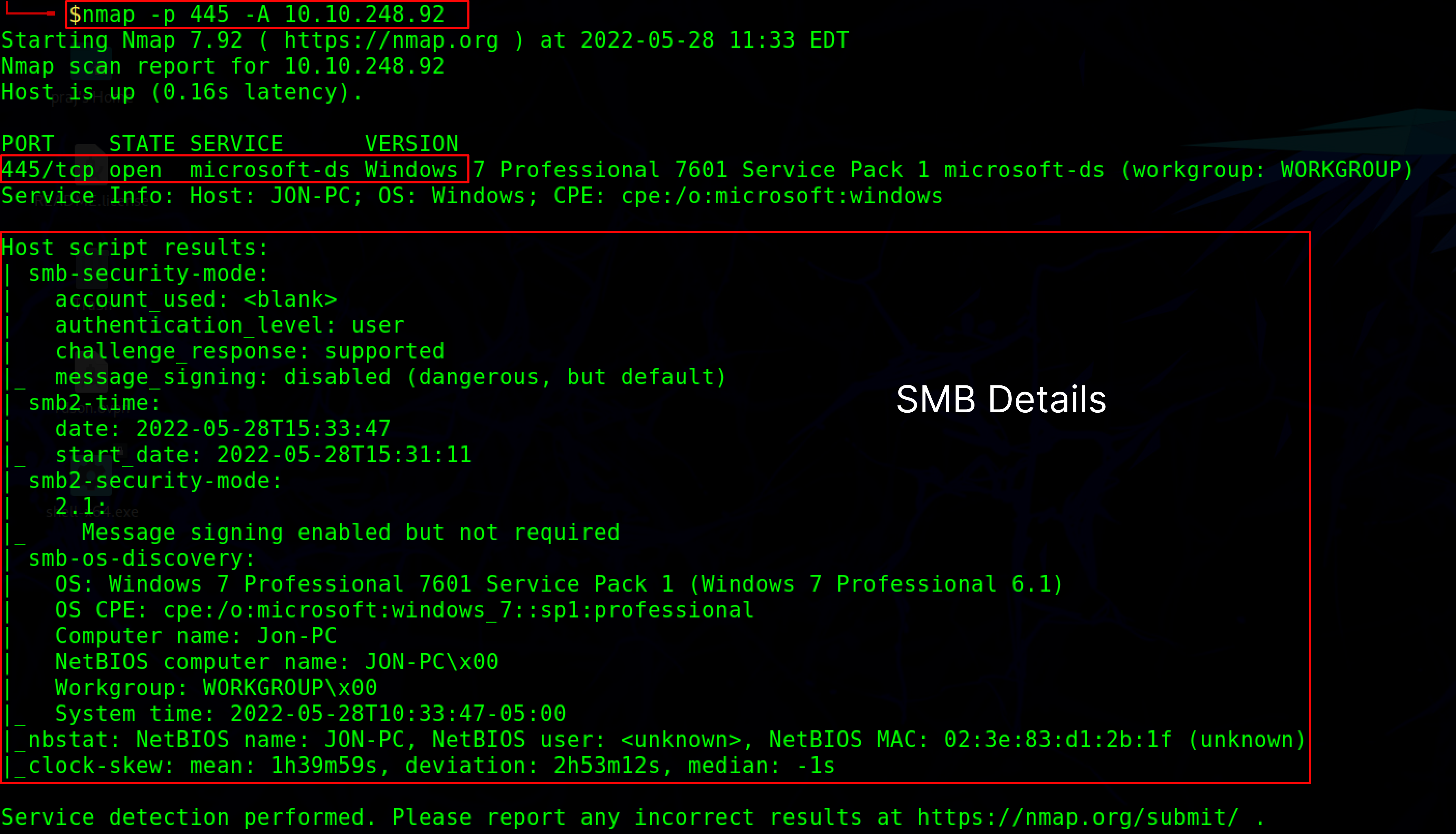 The STATE of PORT 445/tcp is OPEN, indicating that port 445 is open and the SMB service is active. An attacker can also obtain knowledge like OS information and Traceroute information using the same command.

Telnet is a network protocol that allows users to control computers or servers from a remote location. It has a simple text-based interface that makes it simple to use and understand. This protocol allows machines on LANs and the Internet to communicate with each other.

The STATE of PORT 23/tcp is OPEN, indicating that port 23 is open and the telnet service is active.

FTP transfers data in plaintext between a sender and a receiver, exposing sensitive information like usernames and passwords to attackers. FTP does not provide a secure network environment or user authentication. Attackers can use this information to launch various attacks such as FTP bounce, FTP brute force, and packet sniffing by scanning and enumerating open port 21 running FTP services.

The STATE of PORT 21/TCP is OPEN, indicating that port 23 is open and the FTP service is active.

Common sharing services or other abandoned services may allow attackers to breach a network’s security. There are many tools and techniques like Metasploit, enum4linux, rustscan, and many more which can be used to enumerate the most common protocols.