A web shell is a script that can be uploaded to a web server to facilitate remote machine administration. Internal or Internet-facing web servers can be infected, and the web shell is used to pivot to internal hosts.

The US-CERT Alert (TA15-314A) states that APTs and online criminal groups have routinely used web shells as an attack vector to gain a foothold that could grant them unauthorized access to the target network.

Web shells can be written in any language, as long as the target web server supports the language it’s written in. The most common web shell languages are PHP and ASP.

There are currently a multitude of ways to upload a web shell to the desired web server: 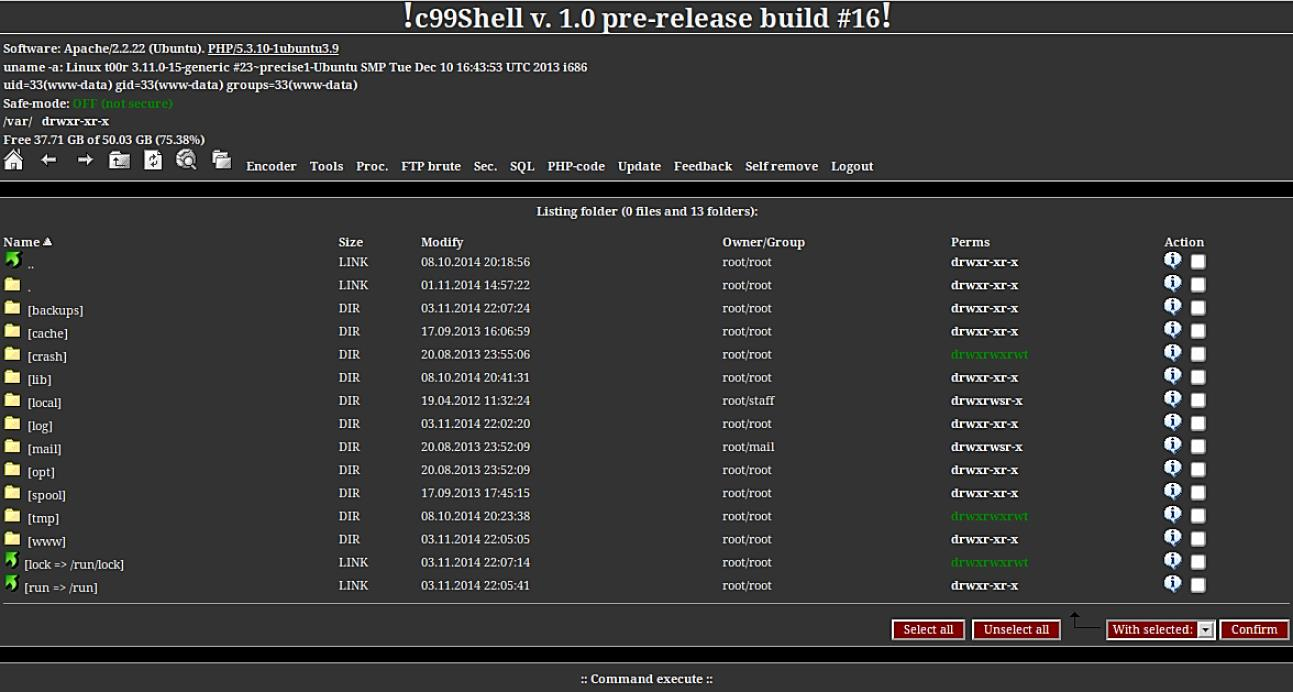 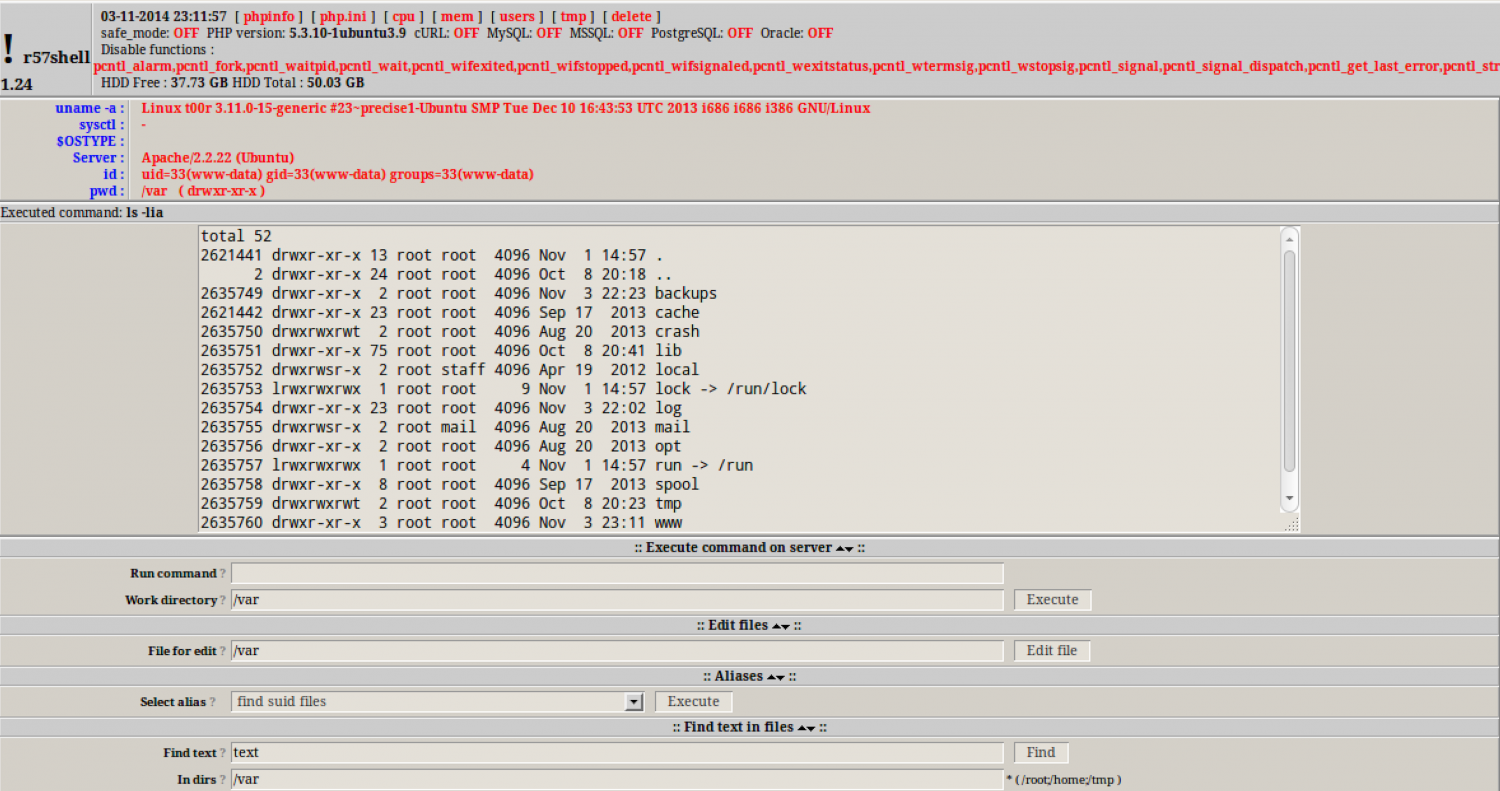 How then can we search web servers for web shells?

In addition to the two web shells presented in the previous pictures, a large number of web shells are available for download on the web. There are numerous shells where an individual or group can easily alter or obfuscate the code to make the web shell difficult to detect with antivirus software.

This screenshot demonstrates that anti-virus software was unable to detect this web shell: 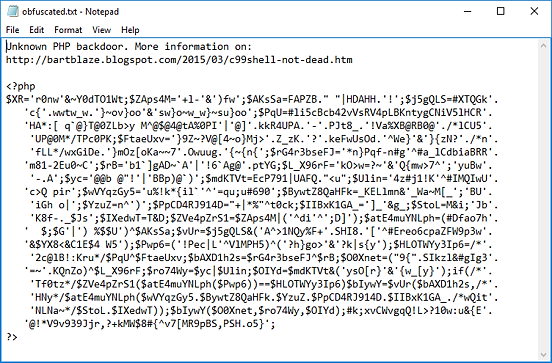 This is because it is obfuscated and lacks a signature, which is required for AV to flag it as malicious.

LOKI - LOKI is a straightforward and free IOC scanner. Some of LOKI’s most effective rules were borrowed from the rule sets of an additional tool called THOR APT Scanner:

LOKI provides a straightforward method to scan your systems for known IOCs.

It supports the following varieties of indicators: 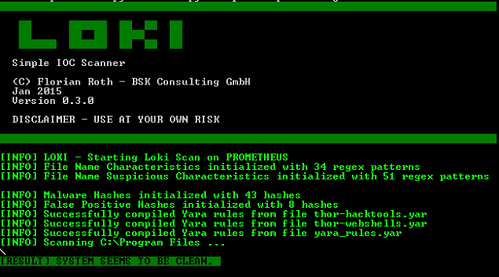 The system appears to be clean. 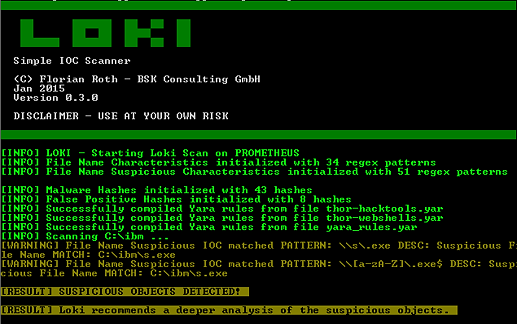 This example screenshot would depict LOKI scanning the specified folder and returning the results as detected indicators: 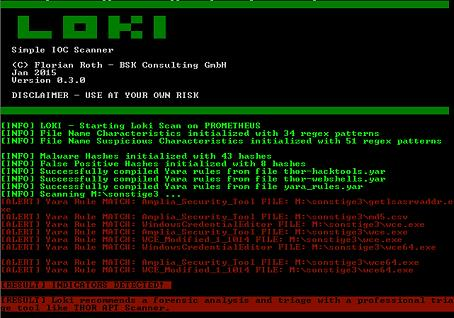 *NeoPI - NeoPI is a Python script that employs a variety of statistical techniques to identify obfuscated and encrypted text/script file content. 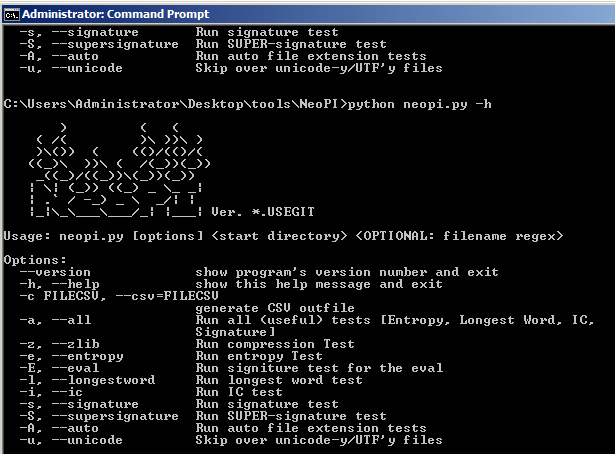 NeoPI is designed to assist in the detection of hidden web shell code.

NeoPI will rank files based on the results of a number of tests after performing a recursive file system scan from a specified directory.

In addition, it provides a “global” score derived from file rankings within individual tests. The tool can be downloaded from GitHub.

Sample output from scan of /var/www/html: 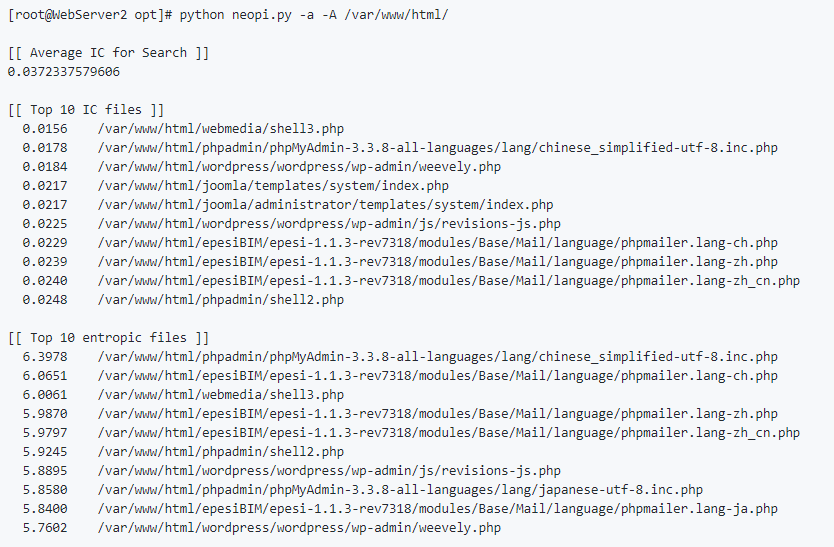 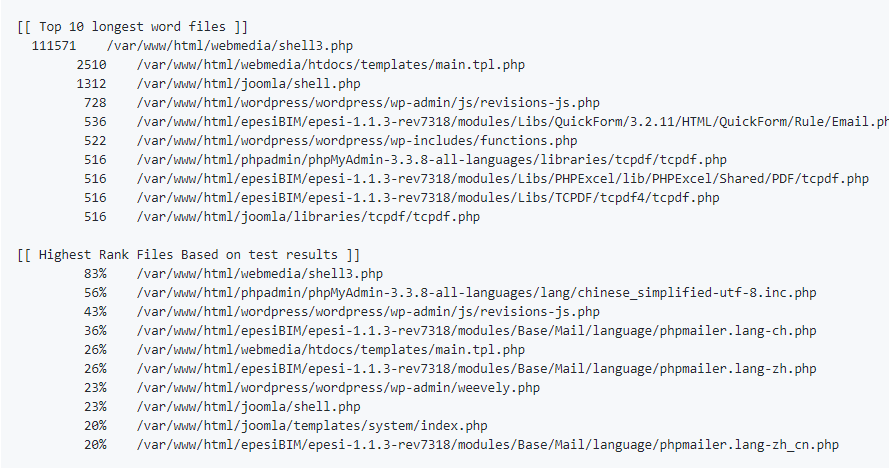 BackdoorMan - BackdoorMan is a Python-based toolkit that locates malicious, hidden, and suspicious PHP scripts, including shells, in a specified location.

The tool can be downloaded from GitHub.

Similar to previously mentioned scripts, detection is performed by crawling the filesystem and testing files against a set of YARA rules.

Can be downloaded from Github

As hunters, we will need the ability to manually decipher gibberish.

This can be accomplished using unPHP, The Online PHP Decoder.

This script can be found on Github 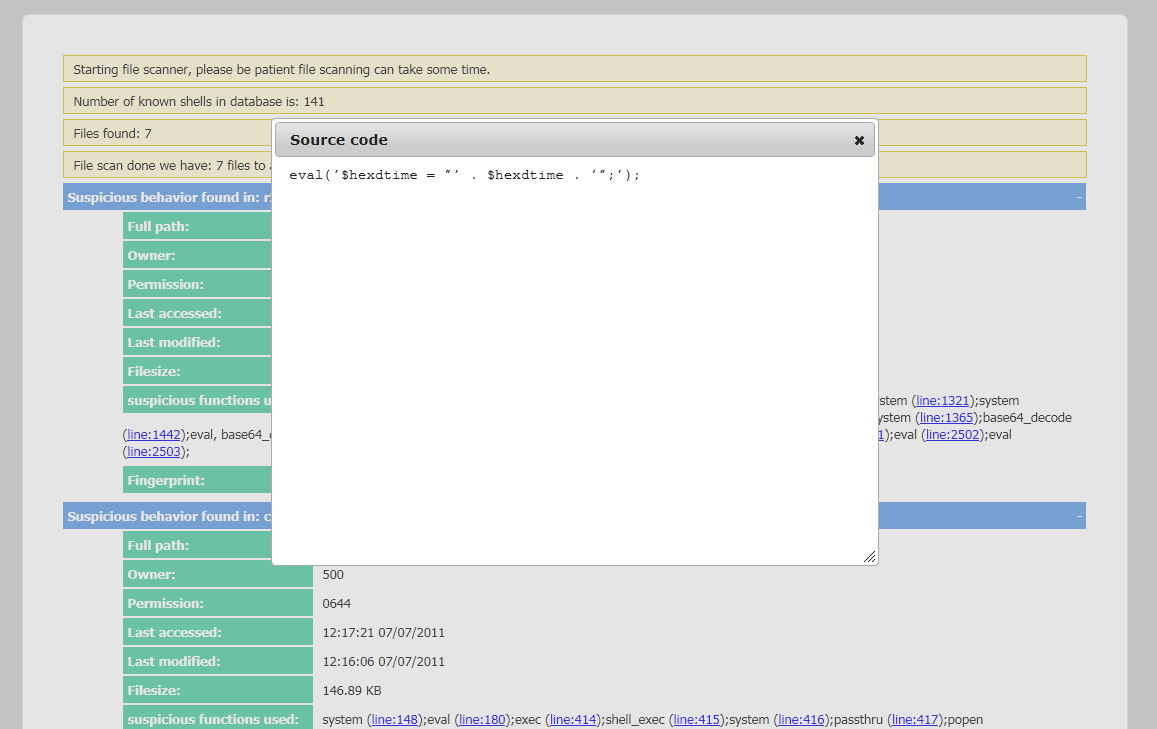 Here you can learn more about this tool.

LMD - Linux Malware Detect (LMD) is a malware scanner for Linux that is designed with shared hosted environments’ threats in mind.

This page contains additional information about this tool.